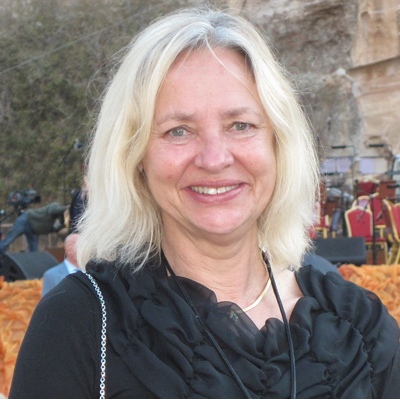 Annemiek Hoogenboom has championed girls’ education throughout her life. She started her career as a lecturer at several international universities and later focused on global water management, empowerment of women and girls and free press in Eastern Europe and Russia. In 2005, she launched People’s Postcode Lottery in Great Britain, of which she was the Country Director for 16 years till January 2021. In 2015, she was responsible for launching the Deutsche Postcode Lotterie in Germany, of which she was Managing Director for 6 years. Annemiek holds an honorary Doctorate in the Humanities from Ahfad University in Sudan, awarded in 2015, for her decisive role in the introduction of women’s studies and the 2018 Inspiration Award from the UK based organisation TheirWorld. In 2019, Annemiek was knighted in the Royal Order of Oranje-Nassau, a Dutch honour recognising her contribution to society, in the fields of human rights and sustainable development. Ms. Hoogenboom received her M.S. in Political Science and International Relations from the University of Amsterdam.

Stay up-to-date by subscribing to our newsletter: